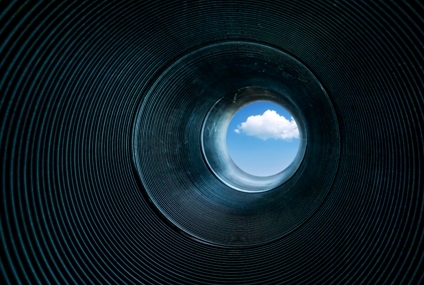 To mark the beginning of a week of IF blogs on the subject of young people and mental health, IF’s Senior Researcher David Kingman explains what we have in store for our readers.

It’s Time to Talk Day on Thursday 7 February, a campaign run by the Time to Change social movement which is designed to try to encourage people to talk more openly about their experiences of mental ill-health.

To coincide with this, IF is working in tandem with our German sister organisation the Foundation for the Rights of Future Generations (FRFG) to run a week of blogs on the subject of young people and the mental health challenges that they face.

Why do we think that young people’s mental health problems deserve to receive a higher profile? Using the definition of mental health which is employed by the World Health Organization as “a state of well-being in which every individual realizes his or her own potential, can cope with the normal stresses of life, can work productively and fruitfully, and is able to make a contribution to her or his community”, we think there is evidence to suggest that many young people are not able to satisfy all of these important criteria.

Given the high long-term costs which chronic mental health conditions can impose on wider society in terms of unemployment, increased hospitalisations and interactions with the criminal justice system, it seems likely that making appropriate interventions to try to help young people who may be struggling at an early age would yield a very positive return on the public money invested over the long term. However, an alarming report from the Education Policy Institute last year suggested that there are wide variations between different areas of the country in how easy it is for young people to access Children and Adolescent Mental Health Services (CAMHS), and in some places large numbers of young people were rejected for treatment despite evincing serious symptoms of mental ill-health, including having self-harmed.

Even when young people are able to access treatment, there is an additional problem that discontinuities in care tend to occur when they reach 18 – the so-called “cliff edge” – which is a major problem given the ongoing nature of many mental health disorders.

Although there has been a welcome improvement in the amount of attention which NHS policy-makers appear to be giving to mental health services in general, and those which are aimed at younger people in particular, most notably The Five Year Forward View for Mental Health, it is very important to ensure that these ideals actually translate into improved outcomes for patients and that the momentum surrounding the agenda of improving mental health treatment doesn’t run out of steam before it has started to produce results.

An impressive range of experts and stakeholders from the world of children and young people’s mental health have kindly agreed to contribute to our blog week, which will see one or two articles being posted every day from Monday to Friday this week (and which will also be published on the FRFG’s website).
Click on the titles to read the article.

All blog articles are accessible under this link.

We are very grateful to all our blog authors for agreeing to take part, and for the work which our colleagues at FRFG have graciously done to help turn this project into a reality. We hope the result is a stimulating week of reading material, and that it will help maintain the pressure on policy-makers to give the issue of young people’s mental health the attention and the funding that it so urgently needs.